Yoga is believed originated in India during the Golden Age, nearly 26,000 years ago. In Sanskrit, it can be translated as: “to control”, “to yoke” or “to unite”, chiefly, union between the self and the spirit. Philosopher and Scholar Ravi Ravindra calls Yoga the ‘Science of transformation’ as it is a mental, physical and spiritual practice that aims at reuniting the individual with the Whole (Infinite Consciousness)
Modern yoga practice often incorporates some or all of the following elements within the 8 limbs of yoga:

Below is an image illustrating all of the 8 limbs of Yoga. 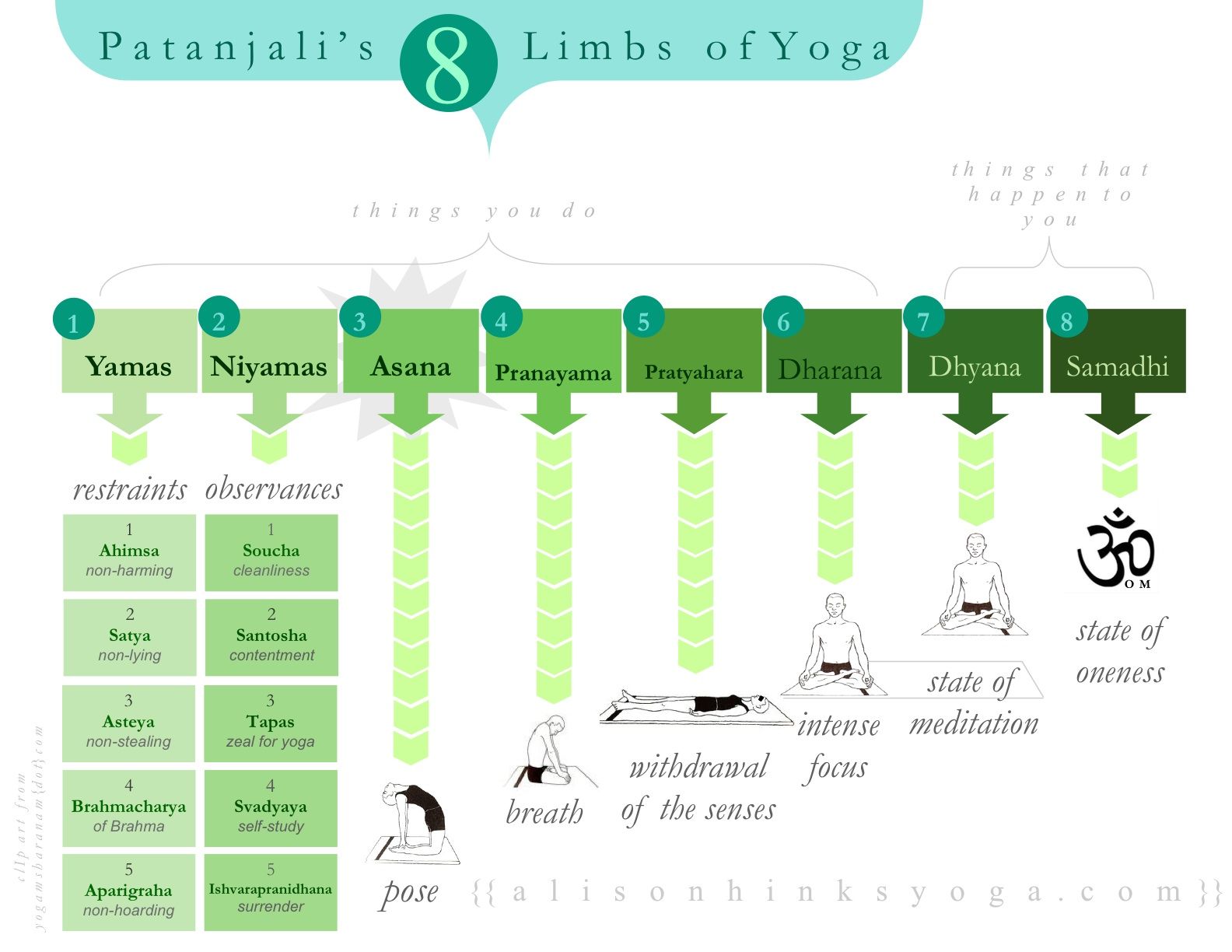 With continued practice over time, Yoga provides both physical and mental benefits, some of which include:

Below I’ve summarized the most commonly practised forms of yoga: 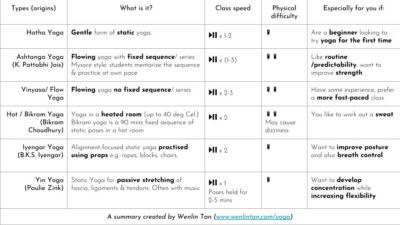 Other types of yoga include:

If you are new to yoga, it is recommended to join a beginner’s class, private class or a class with a small group setting. This is so that:

When attending a new class:

I hope this article has helped you! If you have any questions or comments, feel free to email me