Identity comprises layers; including but not limited to occupation, gender, and nationality. Those native of Crete, the largest island in Greece, associate themselves with being Greek but are also fiercely proud of their Cretan heritage and history, which is unique and distinct from other parts of Greece. Summed in a word unique to the island — “kouzoulada”, which translates to a combination of craziness, passion and excess.

Κουζουλάδα | Kouzoulada is an Augmented Reality (AR) powered mural that explores the essence of Cretan spirit through the ancient Minoan art of Bull leaping, which is believed to have originated in ancient Crete, as early as 1,500 BCE. Unlike bullfighting, the sport is non-violent, and bull leapers enter the ring without capes or swords, dressed in simple wear  and perform a heroic and passionate dance with the bulls. Though no longer practiced locally, the most famous image of the sport, the Toreador fresco, can still be found in the palace of Knossos, in Crete.

This mural is powered by Augmented Reality (AR). Via AR, you can view exclusive content of a stop-motion video on how the mural is made by following these 3 easy steps:

1. Install the Artivive app on Itunes (Apple) or Google playstore (Android)
2. Open the app in your phone
3. Hold your phone in front of the image the actual mural (if you are there in person), or of this image on your computer. 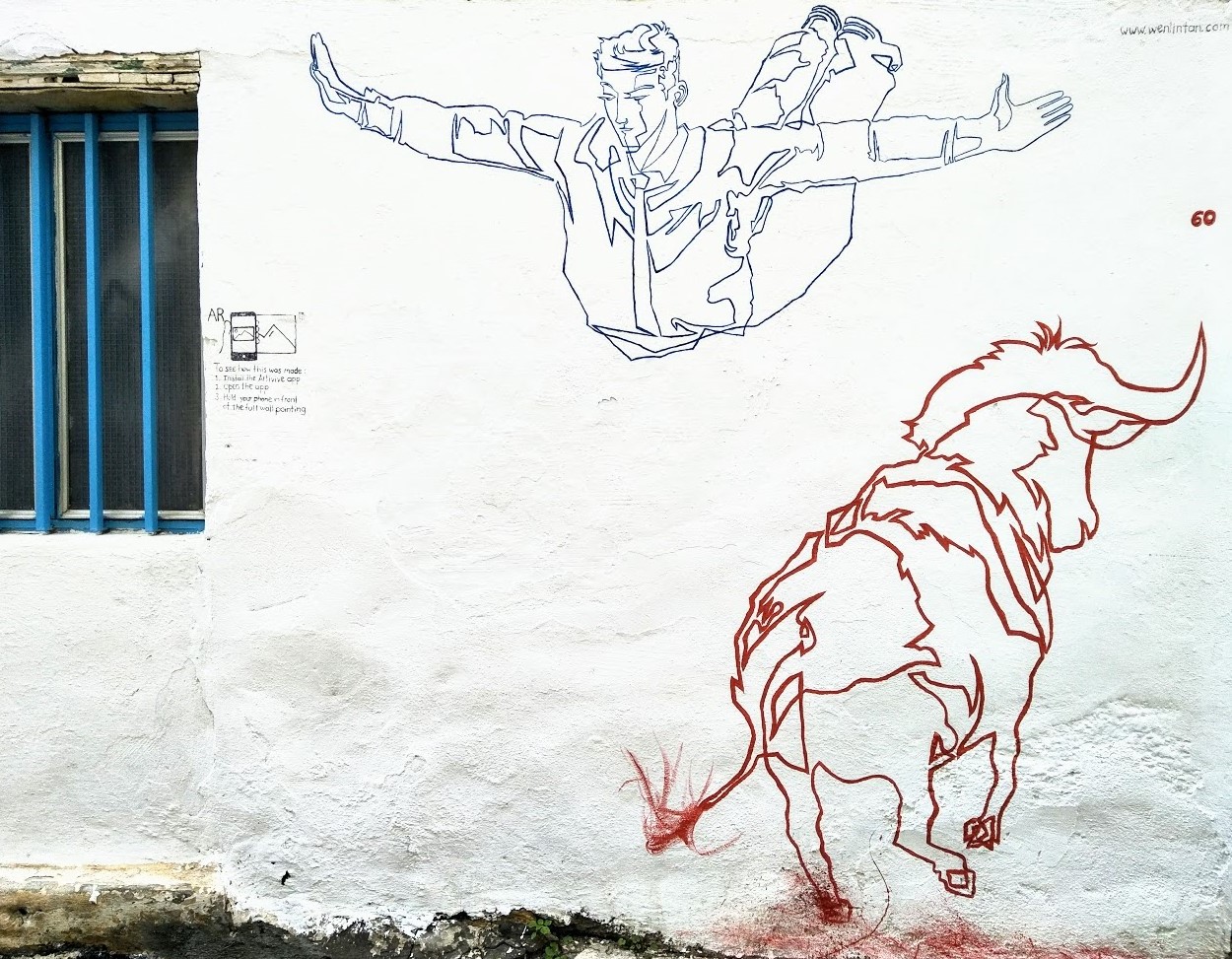 Conversely, use the map below to help plan your route there.

This mural was created in collaboration with writer Luca Dell’Anna, with the kind support of STEPS grant, and belongs to a collection of murals and art created by international and local artists under the Lakkos project, to celebrate the culture and history of Heraklion old city.